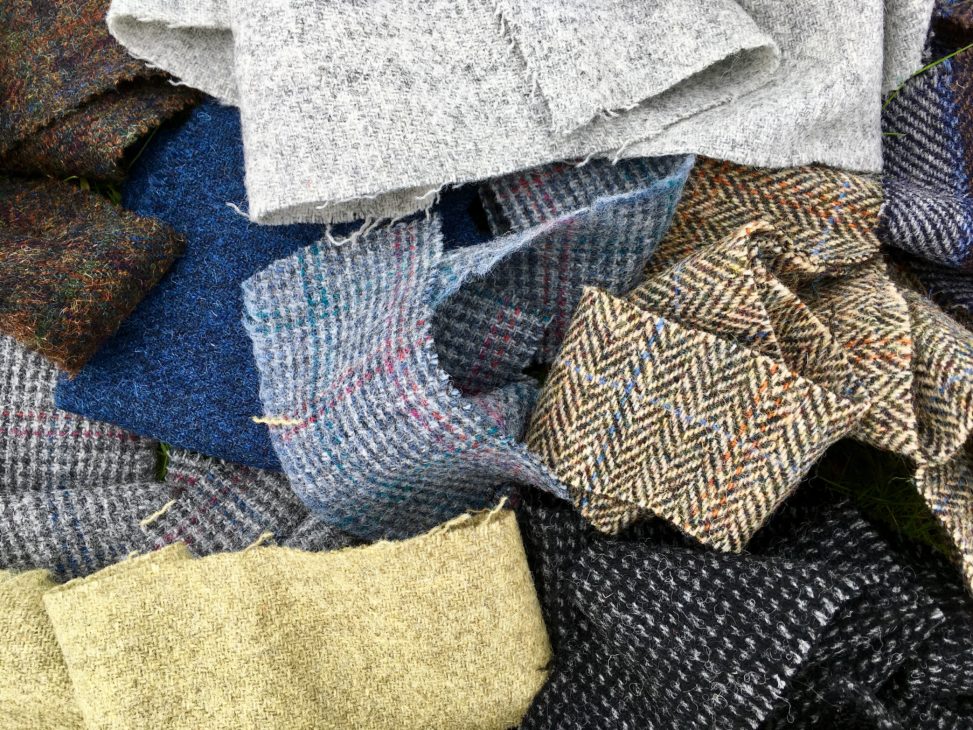 Threads That Connect us

In my post about my Open World femedtech quilt square I explained why I chose to make my square out of Harris Tweed, a protected fabric that is only made in the Outer Hebrides where I was born and brought up. In many ways the fabric is emblematic of both the islands and the islanders; the wool is shorn from the local black face sheep, the colours, traditionally from natural dyes, reflect the colours of the landscape, and the cloth is woven by hand to produce a fabric that is unique, beautiful and hard wearing.  As with many traditional fabrics, tweed production was originally a communal activity, and much of the work was undertaken by women; from dyeing and spinning the wool, to weaving the tweed, to waulking and finishing the cloth.  Waulking involved soaking and beating the tweed to remove dirt and impurities, and soften and shrink the cloth. Before tweed mills were built in the islands to process the hand-woven cloth, finishing a tweed was a social activity as much as a collective task.

This following account of the importance of waulking as a women’s social activity, comes from a Gaelic radio programme called Tigh Mo Sheanair (My Grandfather’s House) which was recorded in the early 1970s and the speaker is my grandmother, Anne Campbell, who was born in 1909 and lived in Harris all her life.

The entertainment whilst waulking the tweed was better than a wedding, for us anyway when we were young, especially if the waulking took place in the evening.  If the waulking was in the morning we had to come home afterwards and stay in in the evening.  Waulking was sometimes our only entertainment.  We were always delighted when we got news that someone in the village was about to complete a tweed.  In those days it was the women who wove the tweed on the “little loom”.  A tweed would take three weeks to complete – today a tweed is completed in one day using an automatic loom.

To waulk the tweed a long table was set out with seating for four women on each side.  There was a tub at either end of the table. The tweed was cut into two pieces and a piece dropped in each tub.  One side worked left the right and the other right to left.

For a bit of fun the loose coloured threads at the end of the tweed were cut and each woman would put her thread outside the door. If your thread was the first one then the first man who came to the house had to see you home that evening.  It did not matter if you had a steady boyfriend, it was who ever found your thread that had to take you home.  There was often good-natured bantering outside the house especially if your own boyfriend turned up expecting to walk you home. We didn’t think anything of being up all night if there was a waulking.

Although my granny wasn’t a weaver, she did spin and dye her own wool, which she used to knit socks, jerseys and other garments.  I don’t think I ever saw her without her knitting by her side. When I was a child, there was a huge cast iron cauldron wedged in the rocks outside the house, which had been used for dying wool before modern conveniences came along.  The remains are still there today. 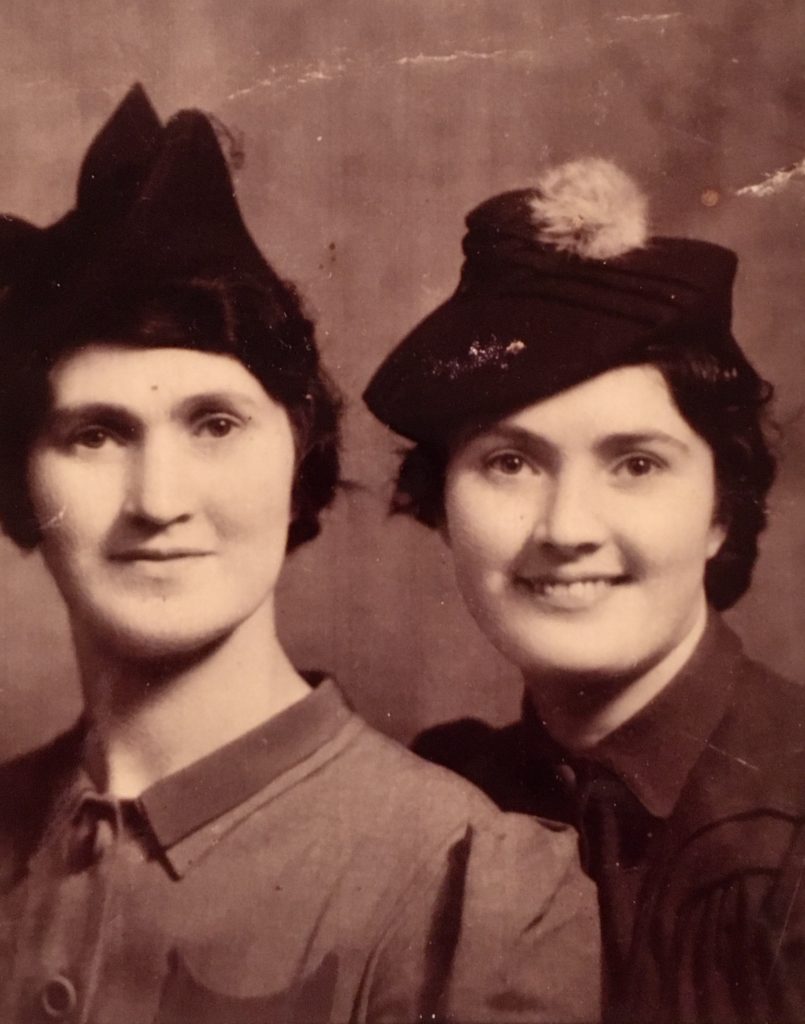 This communal aspect of fabric production, sewing, embroidering, and quilting has always been important.  It provides women with a space where, to some extent, they are in control of their own labour. A space where they can come together to share their skill, pass on their craft, tell their stories, and enjoy each other’s company.  These spaces sometimes seem to stand outside the strictures and expectations of “normal” society, and provide women with a space where they set their own rules.   To my mind this has been the most powerful aspect of the femedtech quilt project, which has given so many women from all over the world, a space to collaborate, to share their skills, their stories, their inspiration and their creativity.

I’m writing this post with Frances and Suzanne in mind who will be coming together this weekend to sew the femedtechquilt, and although all those of us who sent in squares won’t be able to join them in person, I hope they’ll feel the strength of the threads that bind this amazing community together.