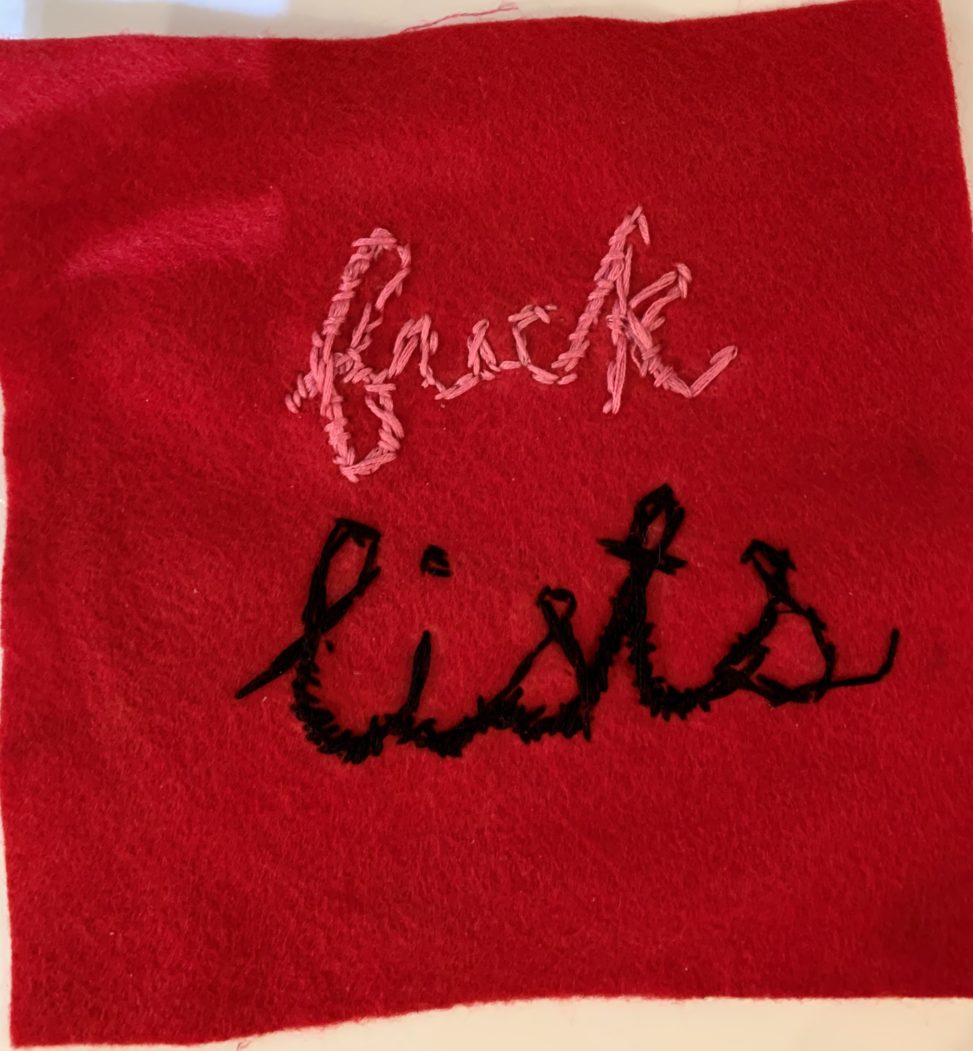 One of the more productive responses that underrepresented people in tech and ed tech have taken to Manels, keynote slots at conferences, and social media bubbles is to create and provide lists of people who should be considered for these valuable panel and keynote slots and whose work we should know about and should be followed. I have at least three such lists sitting in the shared-with-me section of my Google Drive.  About every three months or so the list conversation pops up again and somebody helpfully provides a list.  But lately I’ve been asking whether this has been productive in making change.  Do these lists get ‘heard’ by those who need to hear?  Do conference organizers use these lists?  Is it enough to create and share a list? Or is it the equivalent of throwing a piece of paper at the wind and hoping it lands somewhere? So while I’m simultaneously appreciative of these lists and think they are important, I decided to channel this frustration into 2 quilt pieces.   They are both pretty self-explanatory in terms of their message, but I can share a bit about how I selected the materials and the medium.

First, I’ve been a fan of subversive embroidery since the 90s, and appreciate it as a response to craft as art that women make, and therefore not art. I spent a while selecting colours for the red piece, opting for a balance between loud and stereotypically feminine.  In my head, my stitches were going to be beautifully lined up and I’d have some wonderfully pretty script with a loud message.  Instead I ended up with a hack embroidery job that just looks angry and frustrated but you know what they say about art being emotion so I left it.

The second idea – an obvious rip-off on Effin Birds – came to me while I was stitching the first.  It’s been a while since I’ve done a photo transfer so I had a few attempts at getting it right.  I added the stitches because there’s truly something satisfactory about jabbing a needle into fabric in order to make it your own. 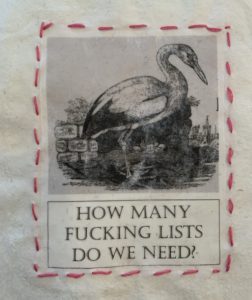 On their own, I’m a bit uncomfortable that my contribution to the quilt is two in-your-face pieces that on the surface hardly inspire hope. But what helps is knowing that they are only 2 pieces in a larger whole, and these pieces will be surrounded with other messages and contributions and that the quilt itself is a conversation.